Grants.gov is updating the Country and State lists in the relevant grant application forms. 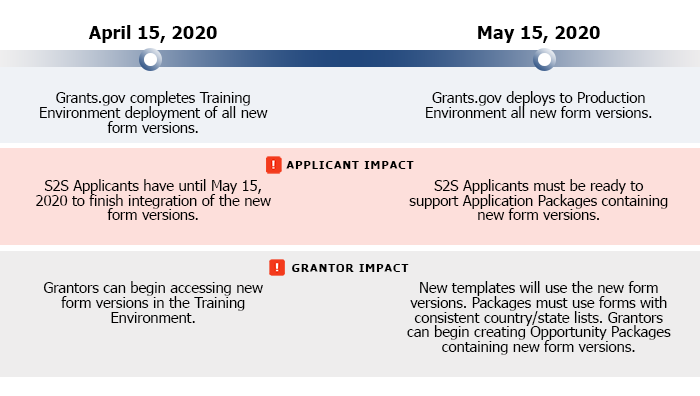 NOTE: Some forms are available for testing now as follows (see the Forms Status Report for available forms):
- Applicants can use the packages within funding opportunity "Country-Code".
- Grantors can contact Ed Calimag at ed.calimag@hhs.gov to setup test opportunities.

The updated Country Codes and Countries are listed below. This list of countries is based on the GENC Standard Edition 3.0 Update 11. Click here for more details.

The updated State Codes and States are listed below.

New form versions with updated Country and State lists will be created for the forms in the table below. The table also indicates which agency owns the form and which forms use the Country and/or State lists. Track the in progress forms status on the Forms Status Report.